A Shift In Programming – Part 3 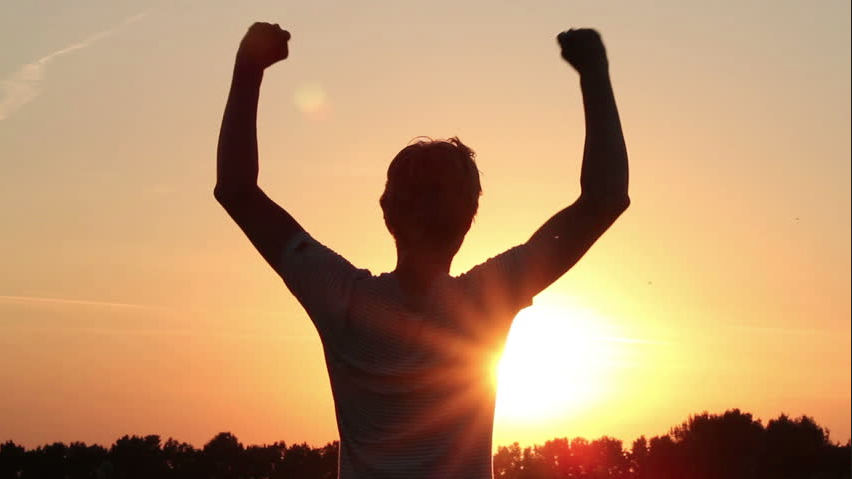 (None of the below is intended as medical advice, please do not take it as such)

Before I begin part three of this series, I want to mention what is going on all around us right now.  We are currently in a global pandemic and it is impacting all of our lives.  I hope that all of you are being safe and mindful during this time as we all try to do our part to prevent the spread of this infection.  I thought long and hard whether or not I wanted to keep releasing content during this time, and I have decided to continue.  I do this not to ignore or pretend that the physical issues I help others overcome is somehow greater than the global threat we currently face.  I do this to help people who regardless of the virus, are currently battling physical health issues that are limiting them on a day to day basis.  I have avoided sharing most of the particulars of the personal health issues that I overcame, because I viewed them as negative or that I wanted pity for what I went through.  I simply want to show you that if I can do it, maybe you can as well.  This is a message of hope.

If you are following my story you know that I was diagnosed with severe degenerative disk disease after my car accident.  What you don’t know is that two years after the accident, it would take me up 30 minutes to try to get out of bed each morning, each movement a stabbing pain.  Occasionally even the slowest movements would hit my body like lightning bolts and they would drop me to the floor.  The worst of this lasted for about 6 months.  I dropped 30 pounds during this time.  I went from 205 lbs. at 6’4 to 175.  I walked with a limp and was completely hunched over as standing straight was impossible due to pain.  People would walk up to me on the street and ask me if I needed help.  I was in my mid 20’s.  I could only sit for about 30 seconds before the sciatica would get so intense it would feel like a dagger in my leg.  My back health continued to deteriorate.  I had massages, chiropractic, therapy, personal training and medical doctors all take their shot.  In fact, one of the chiropractors I work with now helped me walk again over the course of two years of weekly visits during this time.  Some things helped.  Some things unfortunately made it worse.  I avoided pain medication, but would occasionally use muscle relaxers when it became too much to handle.  I used them sparingly and survived. 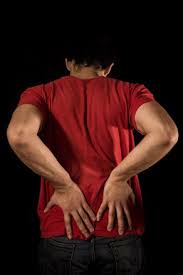 I worked at an office job during this time and I was forced to stand.  I would work five days and on the weekend I would sleep all day, never leaving bed.  The second I got off work I was in bed with a heating pack, red laser treatment and a massager.  I could not have a social life because I was in too much pain.  The only thing that gave me any relief was laying down.  I had to stop all sports.  I had to stop all physical activity as every time I tried any exercise I would be in bed for a day or two, unable to move nearly at all.

In my 20’s, I felt like a cripple.  I suppose if I am really honest with myself I was practically hobbled.  I avoided friends and family for months, hiding my condition.  My own mother started crying the first time she saw me like this.  That was when I knew something truly serious had happened.  We all think that we are “Ok” and that even some of the worst things we have to go through are not a big deal.  We assume we will move past it, especially at my age where I had always felt invincible.  Before the accident, I would play basketball 5 times a week for 2-3 hours a night.  My body had never betrayed me so I assumed it would just snap back.  It didn’t.  My mother’s response was an eye opener.  Something had to change.

To do battle with the physical, we have to be mentally strong.  The strength of my mind had been weakened and battered by the pain.  I felt close to giving up many times.  Depression seeped into my mind like a slowly moving fog.  This period of time was one of the hardest things I have ever gone through.  This section alone deserves a book devoted in regards to the process I created of shifting ones priorities and developing tools to combat the darkness in our own minds.  One day after months of lying in bed I made a decision.  I was either going to give up, or I was going to fight.  I weighed the decision.  I decided that I would fight.

I started measuring progress in tiny increments.  Every day I would wake up I would try to tell if I had improved even 0.1% in regards to the level of constant pain I was in.  Some days I did not, but other days I did have that small improvement.  That improvement told me that I was going in the right direction, and that helped keep me in a positive mind set.  At the time, I could barely walk.  I could no longer run.  I could no longer jump.  Physical activity was completely beyond me, but I was still able to measure progress.  I think that clinging to the positive in our worst times can be very important in regards to maintaining sanity.  I also started to actively seek out solutions for my problem beyond just what I had been told medically.

It was around this time that a friend introduced me to Dr. Whitmire in Vancouver, WA.  It was just another random shot in the dark at trying to solve my problems.   I had been to many chiropractors, and most of them had either only very slightly helped me temporarily, or unfortunately caused me great pain after my appointments.  Whitmire was different.  After our very first session I felt shifting and even some pain relief.  He was a godsend.  Over the next two years I would leave work at 5PM and sit in 2 hours of traffic every week just to see him.  I was forced to massage my leg during these car trips just to distract myself from the intense sciatic pain.  Over these two years his work got me walking upright again.  My pain levels went from a 7-8 daily, to a manageable 4-5.  At the end of these two years he was very honest with me.  He did not know how to help me improve anymore.  I would leave his office in perfect alignment and come back needing a fairly serious adjustment in as little as a few days.  I would have to find other answers elsewhere.

I had been told by the medical community that my severe condition dictated my physical health.  But my condition/symptoms had improved with chiropractic work, though I was still in pain and discomfort.  This started me thinking that perhaps I needed to start looking into this problem myself.  I worked with a great personal trainer after this who helped expand my thought processes.  We would hit a wall together with my health as well, despite his expertise.  Instead of getting frustrated, I now became obsessed.  I had felt improvements and I knew answers were waiting for me.  I started reading and studying and experimenting daily on my own damaged body.  I would spend the better part of 3 years working through multiple methodologies.  I read up on Egoscue, Gokhale, Gray Cook, Dr. Starrett, Dr. McGill, and dove into the rabbit hole that is sports medicine.  Everything that I would read or watch on the internet I would try on my own body.  I devoured Jeff Cavaliers work with Athlean X.  I lived my life on Youtube watching and learning.  I listened to podcasts.  My life became health, fitness, and sports medicine.  My health continued to improve and I became able to be more active.  But I could never get past a certain point.  If I became too active, or moved too much, I would always throw my back out again and be out of commission for about a month.  I became frustrated again because technically I now knew the anatomical mechanics of how to get of pain, but the results alluded me.  My progress came to a stand-still and I was forced to live with back pain and discomfort still.  I was still limited at a time where I should be in the prime of my life.  After years of progress I was still in about a daily pain level of 2-3, with the ability to throw my back out at any time.  Then I finally found the answer.

I realized that regardless of our mental intentions to fire a particular muscle or move in general (certain muscles are essential for pain free movement) if that intention is not represented by the correct neuromuscular firing sequence into the right muscle, and sans the neuromuscular compensation patterns, then it simply will not work the right way.  Additionally, our bodies seem to have been designed with particular movement patterns in mind for healthy and pain free movement.  When we veer away from these movements, a large majority of us encounter physical issues.  By combining movement training with neuromuscular control, I started to see phenomenal and life changing results in my own body.  I have written a little about the creation of this process in past blogs and how my girlfriend was instrumental in helping to prove some of my theories.  There is no doubt now after working with hundreds of people that it works, and that it works for every one of every age, as my clients can attest to.

About five years has passed since I had first hobbled down Dr. Whitmire’s hallway.  I walked back into Dr. Whitmire’s office, completely pain free and about 25 muscular lbs. heavier. I walked in with a handful of papers detailing client testimonies.  He had many doubts in the beginning, but the results were undeniable.  We now work together on a weekly basis.  My work is being shown on a weekly basis to greatly assist his patients in holding their adjustments.  A few of his patients are now completely pain free after just a few neuromuscular cues.  I had come full circle.

Sometimes the darkest things in our lives can become the brightest light.  As one of my clients told me the other day, hope is an incredibly powerful thing.  Do everything you can to hold onto yours.  You never know when that answer is just around the corner. 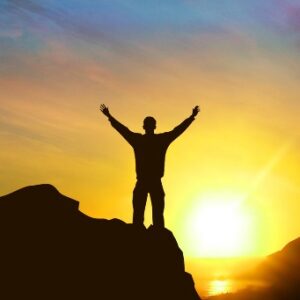 But why did my issues become so severe at such a young age?  I was not nearly as injured immediately after my car accident, but a few years later I could barely walk.  The answer?  Compensation.

Join me next week as I continue in part 4, discussing how our body’s ability to compensate could be a not only causing you pain and potential injury, but limiting performance as well.

Until next time, stay safe everyone.