The Phenomenon of Remapping 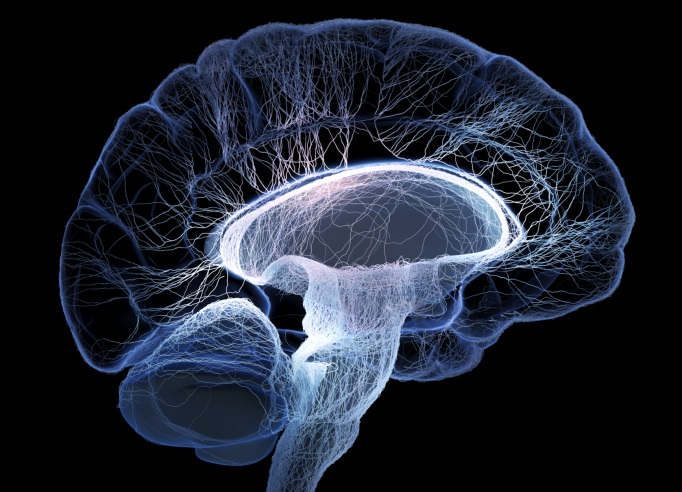 As I have been working with clients over the past few years, I have noticed that when clients have dysfunction, it is usually on one side of their body.  I have pondered and studied this, and come to the conclusion that the body must prioritize one side of function, over having two semi functional sides.  If you have one side of your back that is painful, it may hurt when you twist/turn into it.  If you have both sides that are painful, it can be fully debilitating.  Our constant state of adaptation seems to be playing a role in this process, and the goal of this adaptation is to keep us as functional as possible.  Functional movement from an evolutionary standpoint means staying alive.  Necessary movement function for a human being means being upright, and being mobile. 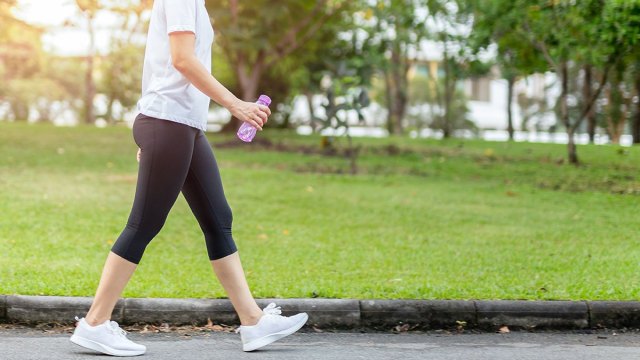 In my studies of real time neurological processes, I started thinking about the healthy/functional side and what that represented from a neurological standpoint.  If our brains already know how to create the desired outcome/muscle function/neurological connection on one side of the body, could we not somehow apply that to the other side?  This got me following a path that would eventually become a technique that I call “remapping”.

As I use this process constantly, I will pull an example from this week.  My client came in mentioning they were experiencing some back tension after a tough day at work.  This is a very common complaint, but keep in mind this client used to suffer from pain levels in the 7-8 range daily.  Still, I knew exactly what the likely culprit was, and so we began to work on the programming.  What I found was the following.  When asking the client to flex an exact area of the right oblique, the client mentioned they were not able to do so without compensation/firing other musculature.  When asking the client if they experienced the same thing on the left side, they mentioned that the left side was normal, active, and responsive.  What does this mean?

One of the common tests I ask clients to do is to flex/contract specific areas of their body.  If they are able to, and it contracts exactly where we expect it to, it is simple to assume that the neurology behind that contraction does not need reprogramming.  However, when a client mentions they feel other muscles contract at the same time, or they are unable to contract that area, we can reasonably assume that the neurology of that specific area has been altered in a way that is not optimal or healthy.  In this case, the client’s lack of ability to contract on the right side told me that there were neurological issues occurring in this area, as well as muscular weakness/compensation.  So how does remapping play into this?

When asking the client to flex the right side, they were unable to do so, unless they flexed extremely hard and in turn, contracted multiple muscles through the abdominals and lumbar, and mid/upper back.  I asked the client to flex the healthy active side 10x, and concentrate on what the sensation of the contraction felt like.  They did this 10x.  I then asked them to repeat the exact same sensation on the right side.  Immediately, they told me that the area felt different – but the contraction was very weak.  We repeated this process about 5x, and at the end of it, the client was now able to flex the right side.  I have seen this exact phenomenon repeated hundreds of times.  So what happened?

My hypothesis without looking at the brain itself under imaging, is that the brain has the ability to map healthy function into areas that were not previously as neurologically active.  Repetition is the key.  The “sensation” is what the brain seems to lock onto, and when the sensation is achieved, you can then learn to repeat that “sensation” in other areas.  I will admit that when I first stumbled upon this technique, I was stunned.  My immediate thought was that while my idea was clever, it had to be more complex in regards to applying this methodology to the rest of the body.  I started thinking of possible applications.  My next breakthrough would have to do with the hands.  I started applying this work to a few clients who requested it, myself, and family members.  The results were shocking.

I was working in session about a month ago, and Dr. asked me if I would like to have an opportunity to work with a stroke victim who he had been working with.  She was 16 years old.  She was unable to move her right hand or arm at all, barely able to speak, and was in a wheelchair.  Dr. had been working with her to help her with her neck pain.  Her posture had been massively impacted from her stroke, as well as being in a sitting position constantly. 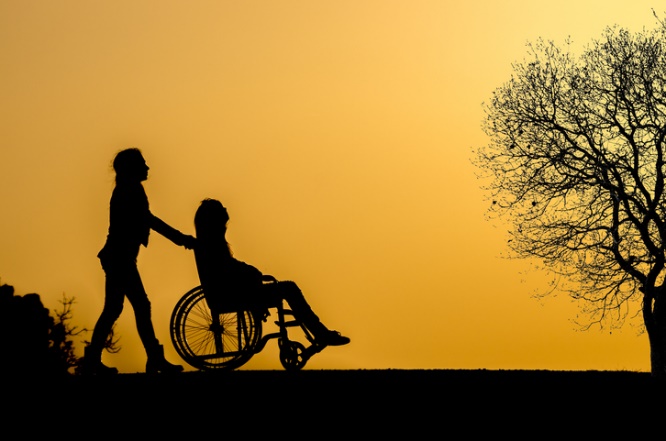 I mentioned to her parents that if they wanted, I would be happy to help if I can, but I was unsure if I could do anything for her with my work.  They asked me to help.  The first thing I noticed was that her abdominals had been severely compromised, and that when asked to contract certain areas- she was already feeling connectivity to other musculature.  I had her utilize a light tapping method that I have developed for muscular activation (zero impact).  She has had zero back issues since (the connectivity is gone), and her posture is remarkably improved.  Dr. has mentioned her abdominals are now hard and active after utilizing this technique.  There is incredible power behind tapping (1. It recruits motor units in that specific area according to Margaret Rood) and I am utilizing various tapping techniques with almost all of my clients.

I told her parents that I had another technique that could potentially be incredibly powerful for her, but that it was experimental in regards to her particular situation.  If they wanted me to try it, I was happy to.  If not, that was perfectly fine.  As it was a zero impact technique, they told me that they would like me to explain it, and try it if it made sense to them.  I explained to them how remapping could potentially connect dormant neurology to certain areas of the brain, and they agreed.

Using the left hand that had normal range of motion and function, I systematically lightly fatigued specific areas of the hand until she could feel the specific tendons and muscles fatiguing.  Bringing this learned awareness to these areas is key.  I then traced the same areas of her hand that I was looking for activity in, in the other hand.  Using 10x movement in the healthy side, and 1x movement in the side that could not move, produced the following result.  Within about 5 minutes, she could move fingers that she had not been able to move for years.  This was demonstrated with a reflex open/close technique, and a single finger technique as well.  Learned movement, and reflex movement were both achieved. 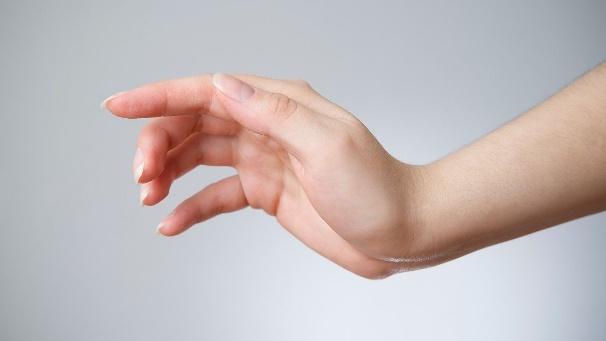 I saw the same girl last week, and she was able to move her fingers about an inch now, but only when the remapping method is used.  Without it, she was unable to move her fingers by just willing them to move.  After the remapping session, when asked to move any of the fingers on the right side, she could move them at will, though the movement was very small and limited.  This is an extreme example of the power of this technique.  With repetition and practice I believe she can regain full function of the hand.  Additionally, her wrist was able to move as well.

I have tried this technique with clients who have chronic pain in their joints.  I have tried this for clients with crooked/damaged fingers.  I have tried this for clients with arthritis.  I have tried this for any client with any issue in any area of their fingers.  I have even discovered old basketball injuries to my own fingers that shut off certain muscles in the palm of my hand that was creating a change in how my tendons were being fired.  Every single one of these clients has mentioned one thing.  When they start the remapping process, they can not feel the muscles or tendons on the damaged side like they can on the healthy side.  Using the healthy side to map function, they are able to start to feel those areas on the damaged side.  When they start reconnecting to these areas, swelling and pain immediately are reduced (visibly with the swelling!).  Range of motion is also greatly improved.  What does this mean for the hypothesis as a whole?

It is my belief that if we have one side of the body that is healthy and functional, we have the “map” for improved health on the other side as well.  The brain already seems to inherently know and understand how the healthy/more functional side works.  The problem seems to be that with trauma, or lack of use, the brain compensates and unknowingly we shut off muscles and tendons that we need to function normally.  All we need to do is to apply what is already known to the brain, and the potential is limitless. 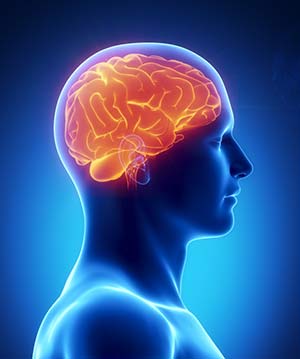 How can remapping help you?  Remapping can be done in person or via online instruction.  It is painless and simple.  The most you may experience is a small amount of soreness in the desired area of activity, but it is short and never long lasting.  This a zero impact method that is focusing on reconnecting your neurology to specific areas of your body.  Remapping at the moment is mostly used to address hand and feet issues.  This work can be applied to all of the muscles of the foot, rebuilding of the arch, as well as reprogramming individual toes.  There are elements of this methodology that span the length of my entire work.  I am constantly using a client’s functional side of the glute, or the abdominals, to help people skip steps and save time when possible.  Once again, the outlook of this technique is limitless, and I believe I am just scratching the surface of its potential.